 Return to Make.orgNewsWHO ARE WE?
Event

European Union: “Empowering European Youth: why and how to engage young people in all their diversity?” 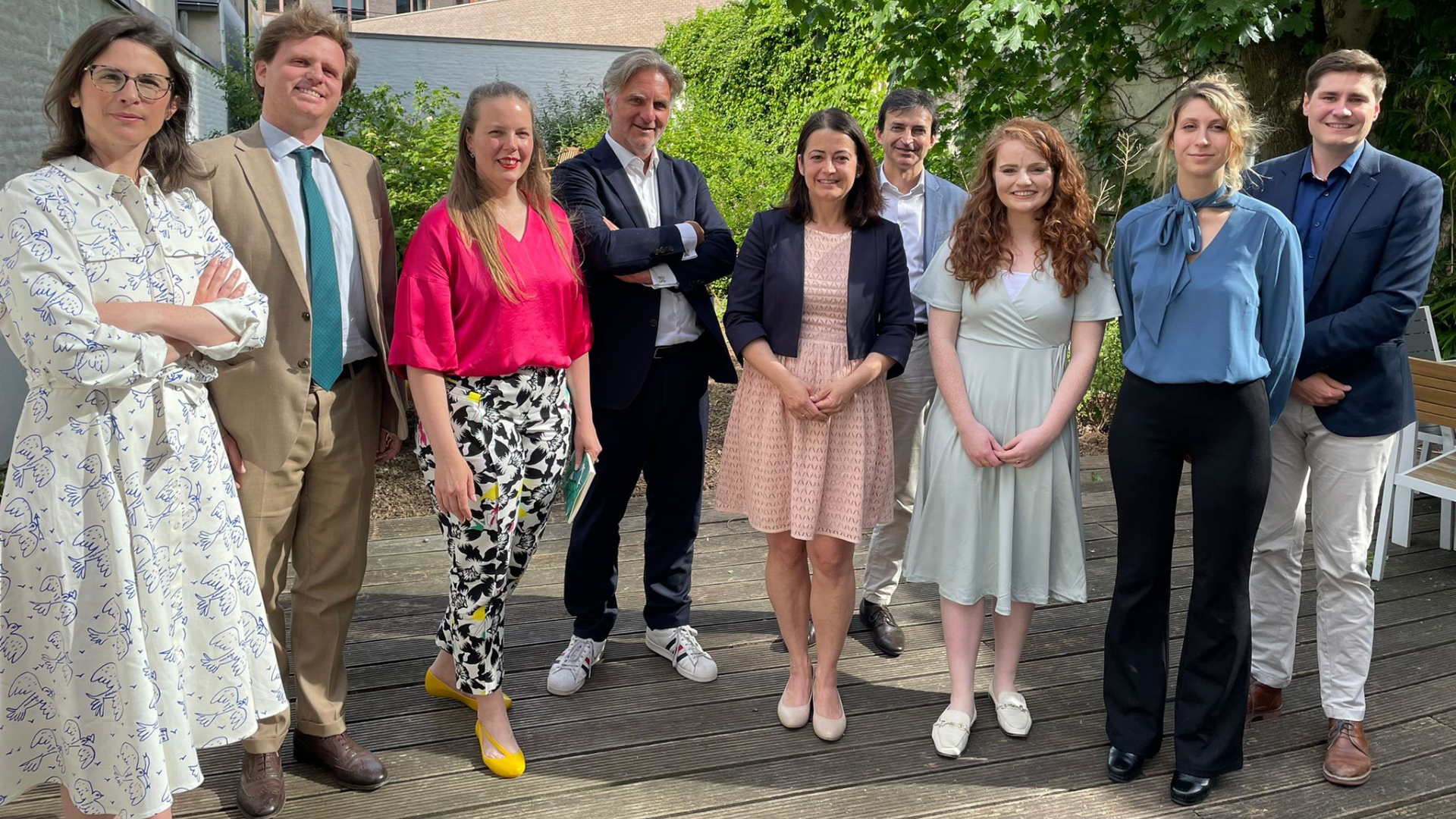 European Union: “Empowering European Youth: why and how to engage young people in all their diversity?”

Share this article
In the framework of the European Year of Youth, Make.org and Kantar Public have organised a conference about youth engagement and participation in Europe on 18th May.

In the framework of the European Year of Youth and the inauguration of its new offices in the Impact House in Brussels, Make.org, together with Kantar Public, hosted a public conference on 18th of May entitled: “Empowering European Youth: why and how to engage young people in all their diversity?”.

Members of the European Commission, the European Parliament and civil society explained how they take into account the desire of young Europeans to be involved in the development of the European Union, and how they help them to get involved. The wish to participate was strongly expressed, notably in the context of the Conference on the Future of Europe and the consultations conducted by Make.org with young citizens in France and Germany.

Look back at the contributions:

‍Axel Dauchez, President and co-founder of Make.org: “Our mission is to find ways to engage citizens, especially young people, and from the beginning, Europe has been our scope. We observe a decreasing consent to collective decision, that is why we believe massive citizen involvement can change the social pact. But giving a voice to citizens is only the first step. We want to build a response to citizens’ disengagement by a participatory conduct of policies.”

Emmanuel Rivière, Director of International Studies and Policy Advice, Kantar Public Centre on Europe, Kantar Public: “Every generation is unique. Young people change a lot. So, we have to learn and learn again. The most effective way to learn from the youth is to give the young people a voice in the shaping of policies that are important to them.”

‍Biliana Sirakova, European Union Youth Coordinator, European Commission: “Why are we engaging with young people ? Because we owe it to them and we need them. Young people in Europe face too many hardships: not only the pandemic, but also lack of employment, mental health issues, anxiety about the planet, about the future.... We owe them because it is their right to involve them in decisions for their future. And we need them because they have many ideas. We need all talents, all hands on deck, and new partnerships, especially during this European year of Youth. I would like to thank Make.org and Kantar Public for this conference, and finding new ways to involve young people.”

‍Daniela Uličná, Head of Policy Development and Evaluation - Continental Europe at Kantar Public: “Less than half of young people feel that their voice counts in the EU. They are increasingly disillusioned by politics and least likely to vote. During the CoFoE, young people were only 9% of the citizens on the platform. There is a real need to engage them in participative democracy. We need to rebuild the link. When they are invited to the table, they are immediately empowered and grateful. How to engage young people? We see 4 key principles that should be respected: the debate must be authentic, the investment must be easy and rewarding, participants must be diverse, and their engagement followed by action, to avoid possible desillusion.”

‍Danielle Brady, Junior Policy Analyst at European Policy Centre: “Last year, Ursula von der Leyen announced 2022 as the European Year of Youth. We can all agree on the benefits of engaging young citizens, especially before the European elections of 2024. However, it is not enough to simply engage them, we have to ensure inclusive and diverse engagement. Diverse in terms of background, gender, ethnicity.”

‍Mattia De’ Grassi, Member of Cabinet of Vice-President Dubravka Šuica, in charge of Democracy and Demography: “There was a strong will to put young citizens in the center of the Conference on the Future of Europe. We set the path, we showed that it can work at the EU-level, which was not obvious. The Conference concluded on Monday, but the actual work starts now. We need to deliver, we need to make sure we give the citizens the right tools to continue their engagement.”

‍Ilana Cicurel, MEP and Member of the Committee on Culture and Education of the European Parliament: “I would like to congratulate Make.org for the consultations of young people done during the CoFoE. I was really impressed by the results. This is also why we have decided to create a youth task force with my parliamentary group. What I observe when meeting young people: you are a very engaged generation, you want to be heard, you want to participate. We have to do much more. The CoFoE is only the beginning. It is a new way of making politics, of writing policies together. There is the idea of putting every new legislation through a youth-check. I hope we will implement that. If we want this Year of Youth to have an impact, we have to reach all the youth, not only the europhiles. We are not in a time of euro-romantism, we have to be euro-pragmatic. We have to show that Europe is present in all different domains. Our priority is to reach the young people that are far from Europe.”

‍Ludovica Formicola, Governing Body Member of the European Youth Parliament (EYP): “European policy making seems very far from young people. It is great that institutions want to cooperate with youth organizations, but they need to give them the right tools to do so. As a European youth organization, we see many barriers in including young people to the decision-making process : recognition, outreach, information and education. Our main issues are: what instruments can we provide to monitor youth recommendations? How can they influence policy-making processes if they do not have the age to vote? How can we reach those who are the furthest away? It is difficult to reach people in rural areas, people with language barriers, and people who are not enthusiastic about Europe. We would like to see more support from the European institutions. But we do not want to be a token. We want to see the follow-up when we address important issues.”

‍➤ Watch the replay of the conference: